It’s not exactly freezing but it the time of year when I start thinking about meals that, for lack of a better word are ‘manly’.  I would happily make this recipe a Steak and Kidney Pie although that would quickly mean that most of it ended up un-eaten.  But this  wonderfully robust pie is something I wrote about in a very early entry on this blog.  Well over 3500 people have visited this recipe.  The very lucky few have tasted this savory pie, a rich melange of meat and mushrooms and cheese left to be uncovered when the puff pastry topping is lifted.  And it’s from a Chef I admire as much for  his caring as I do for his cooking. 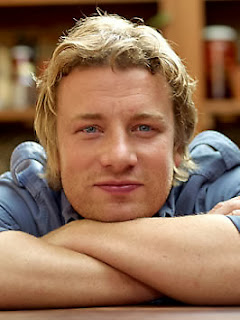 Jamie Oliver is someone I truly admire. As I’ve followed his career, I couldn’t help but be impressed with all that he has taken on. Started cooking at his father’s pub at 8. Culinary School at 16. Enormously successful TV personality, “The Naked Chef”, in his 20s and now, at the ripe old age of 37, he’s not only working with young unemployeds at his not-for-profit restaurant / cooking school “Fifteen”, he is also determined to get junk food out of British school lunchrooms.
No wonder he was on the Queen’s Honors List in 2003 when he received his M.B.E (Master of the Order of the British Empire). On top of all this, he comes across as so genuine and unaffected, I’d love to sit down and trade a few laughs.

His cookbook “Jamie at Home” (Hyperion 2008) is a good read as well as recipe source. And as an inveterate reader of cookbooks, this makes a huge difference to me.
As much as I love to read Nigella Lawson, who is a wonderful writer and whose “How to be a Domestic Goddess” (Hyperion 2001) launched her into the stratosphere, I am with Julia Child: “A cookbook is only as good as its worst recipe”.
Sadly, in Ms. Lawson’s case, I have, at several moments, wanted to hit its author over the head with her cookbook. The results of following her recipes to a T led to so abysmal results. I won’t go into the gory details but on several occasions, I had to wonder if anyone had bothered to test the Americanized version of, for example, her “Curry in a Hurry”. It floats in the most amazing amount of liquid. It was particularly disheartening because the consistency was perfectly fine until, for whatever reason, you’re loading in some Chicken stock made from a bouillon cube and quite revolting in and of itself.
So I approached Jamie Oliver’s recipes with some trepidation. I was drawn to his “Steak, Guinness and cheese pie with a puff pastry lid”.

It seemed to perfect dinner for the first cold night of fall. I love a good braise. I loved the idea that once you’ve prepared the pie, you’re advised to serve it with some simple, buttered peas.
So I put aside my Lawson-inflected fears and set out to make it. There’s a lesson here, of course. You don’t blindly carry on when something like the Bouillon water is thrust at you. I could have saved my “Curry in a Hurry”, if I’d used my head instead of her recipe. 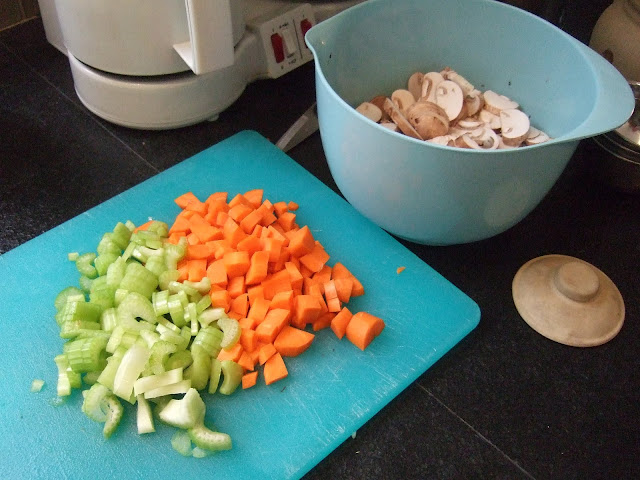 This I determined to do with Jamie. And so here it is, with some judicious changes from what appeared in “Jamie at Home”. What changes, you ask? Fundamentally, the oven temperature was too hot for the first part of the cooking. So I lowered it. And the original recipe called for 4 field mushrooms. I upped that number to 10 ounces. I was really pleased with the results. A beautiful puff pastry crust and a densely rich filling makes portion control a really good idea here. I think you could serve 8 easily with one 9 inch pie. 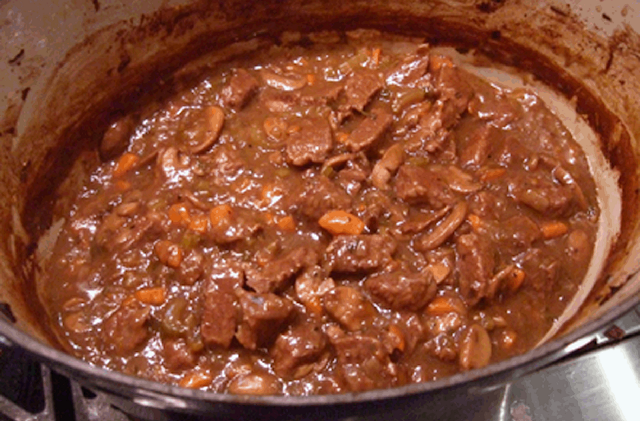 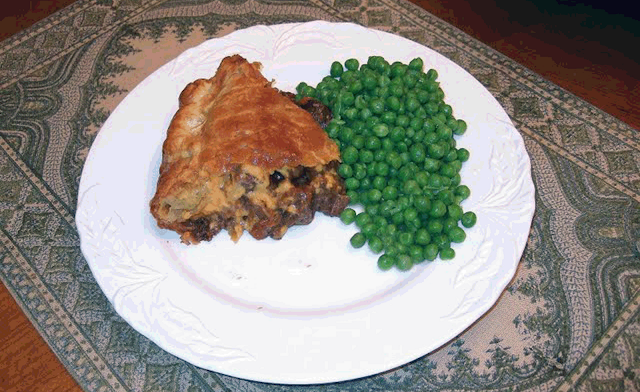 *Baby Bella mushrooms have more flavor than plain white mushrooms but you can certainly use them if no Baby Bellas are available. This was very well received. I did follow Jamie’s advice and served it with peas. I used the Green Giant “Steamers”. I don’t think the peas were much to write home about. I don’t think they’re as good as Bird’s Eyes Sweet Garden Peas which are less expensive to boot.
Author: Monte Mathews
Filed Under: All-Time Favorites, Beef and Guiness Pie, Beef Dishes, British Food, Comfort Food, Jamie Oliver's Beef and Guiness Pie, Nigella Lawson
Chicken Pot Pie
Bacon and Beef Meatloaf