In our continuing series of quick weeknight dinners leading up to Christmas, I couldn’t ignore the charms of Rotisserie Chicken.  I cannot go into Costco without buying one of their birds, beautifully cooked and an amazing bargain at $4.99.   I’ve made this chicken into sandwiches and salads and I’ve sliced off parts to eat all by themselves when I am all by myself.   Last week, I brought one home and searched around for a recipe that would fall into our dinner-on-the-table-in-no-time criteria.  Almost immediately, I came upon a recipe labeled “Brunswick Stew”.  To be honest, it landed squarely in Sandra Lee territory but it fit the bill.  Rotisserie chicken is skinned and shredded.  Everything else came out of a can or the freezer and the mixture was then seasoned, stirred into a Dutch oven, brought to a boil then simmered on the stove for 45 minutes.  Just enough time for a Cocktail!  Or a look into the origins of Brunswick Stew.  It must be named for Brunswick Georgia, I thought to myself. 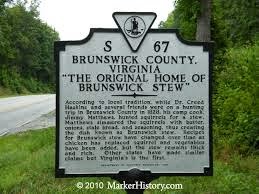 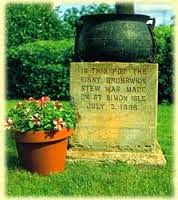 Brunswick Stew is indeed popular in the American South.  In fact two Brunswicks lay claim to the recipe:  Brunswick, Georgia and the entire county of Brunswick, Virginia. Both have plaques supporting their claims. Brunswick, Georgia’s Visitors’ Center has an actual pot it claims was used to make the first Brunswick Stew.  But the name of the recipe is about all that is the same.  The recipes vary wildly.  The common denominator is a tomato base, which contains lima or butter beans corn and okra.   Recipes claiming authenticity call for squirrel, possum or rabbit meat.   Chicken, pork, beef are also commonly used.  And in case you wondered, all the separates Brunswick Stew from a soup is its thick consistency.  So minus the squirrel, possum or rabbit, what was I making?  The Georgia version, I read, favors pork and beef.  So that wasn’t it.  The Virginia version calls for chicken, like mine, and rabbit, unlike mine.  And then I read that a woman named Marjorie Kinnan Rawlings , who wrote a book called “Cross Creek Cookery” in 1942, had written that the stew, said to have been one of Queen Victoria’s favorites, may have come from the original Brunswick, Braunschwieg, Germany!

At that moment, Andrew came in the door, asked what I was cooking for dinner and when I replied “Brunswick Stew” asked “A Family recipe?”.  A couple of generations ago one entire branch of my family all lived in New Brunswick, Canada.  So I looked at the ingredients and decided that’s exactly what we’ll call this amazingly simply, wildly satisfying bowl of chicken stew.  It’s full-on Sandra Lee because when I went to buy the ingredients, what did I find in Trader Joe’s frozen vegetable section but something called “Soycutash”…a package containing sweet corn, red pepper and shelled edamames.  If you have aren’t near a TJ’s, just substitute 1 3/4 cups of frozen lima beans and 1 3/4 cups of frozen whole kernel corn.   I used lots of salt and pepper and I’d advise you to do the same.  I served the stew with some pull-apart rolls and a green salad.  And toasted good old New Brunswick, and of course, her Queen, Victoria.  Here is the recipe:
Recipe for New Brunswick Stew with Rotisserie Chicken 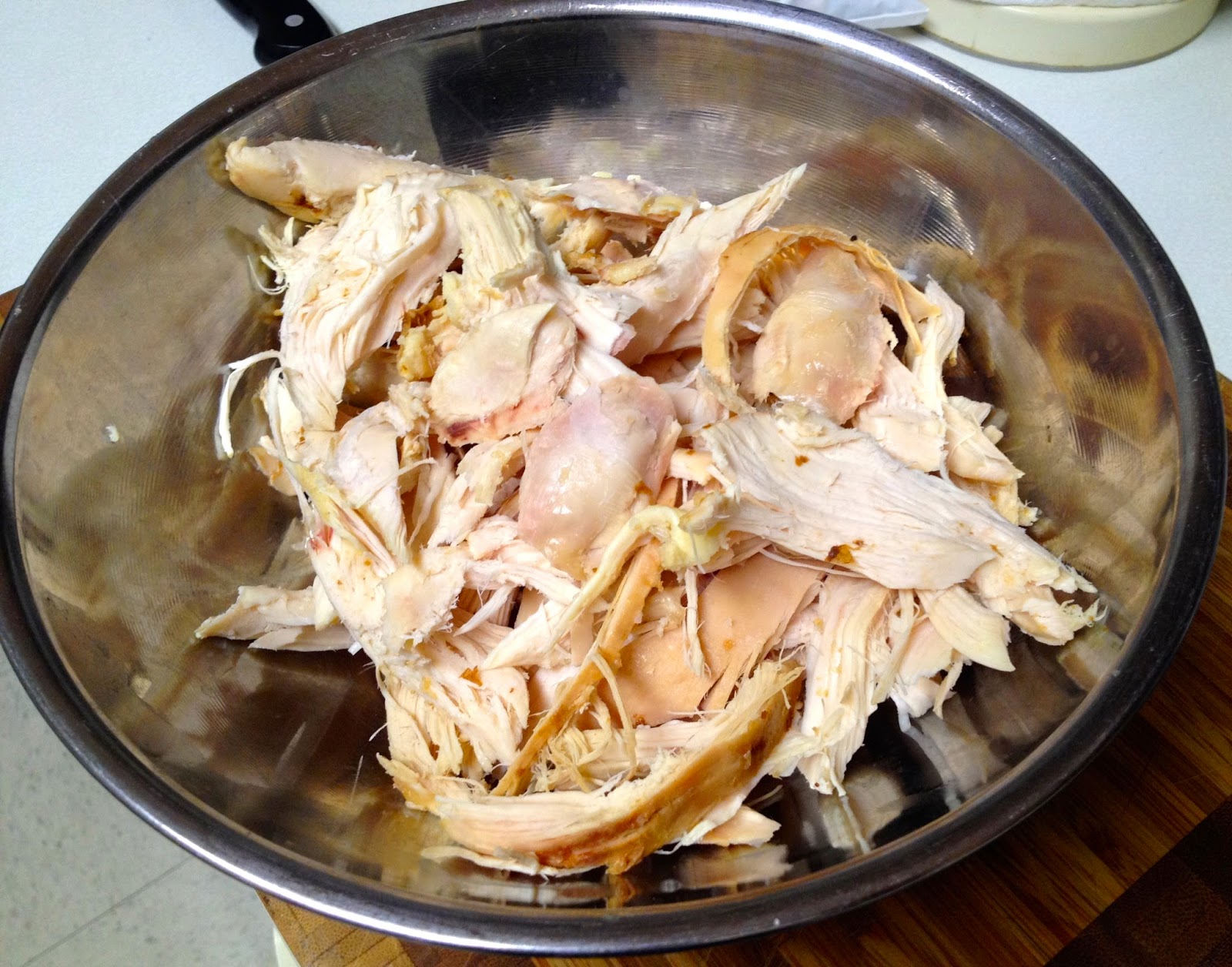 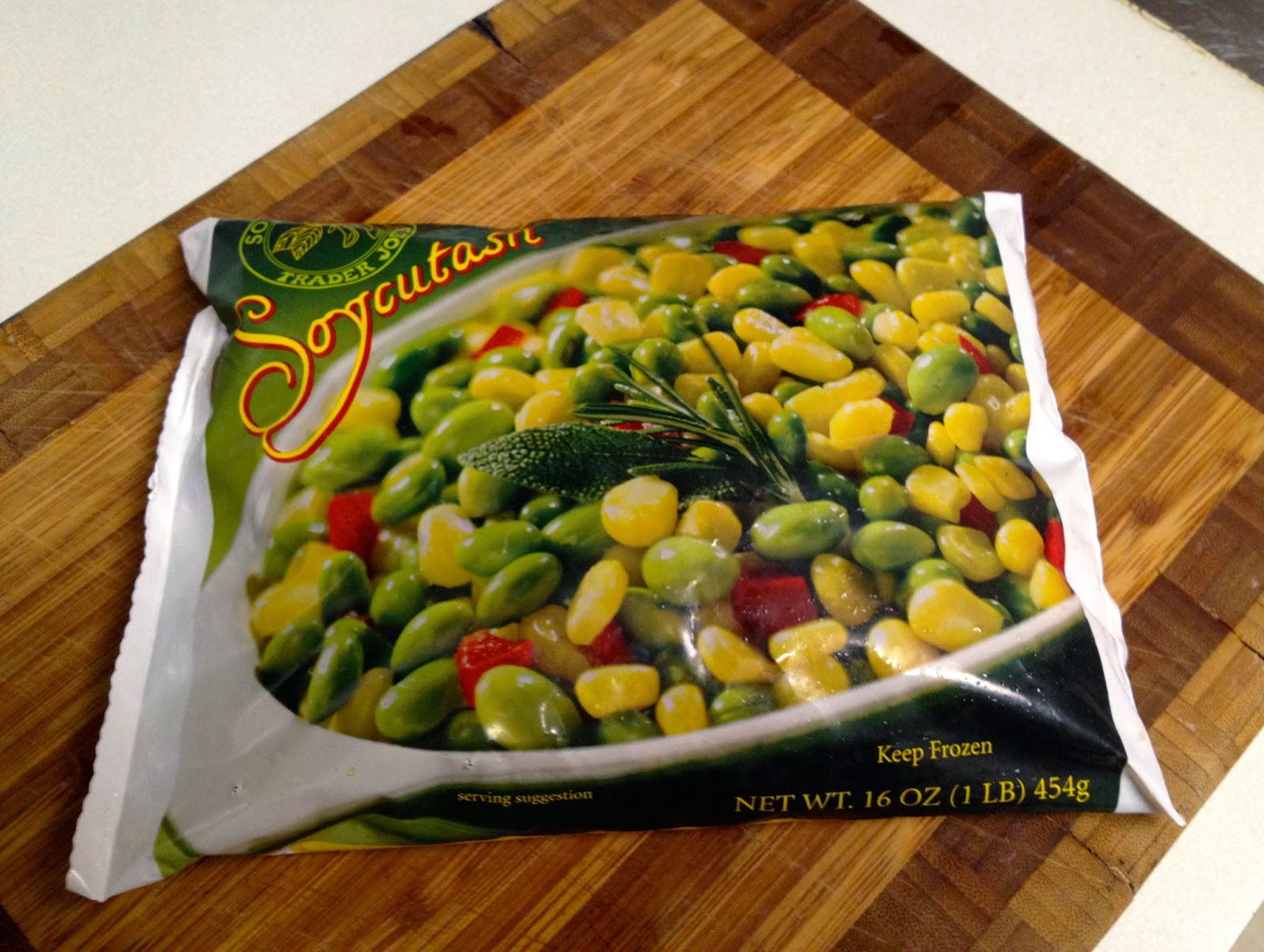 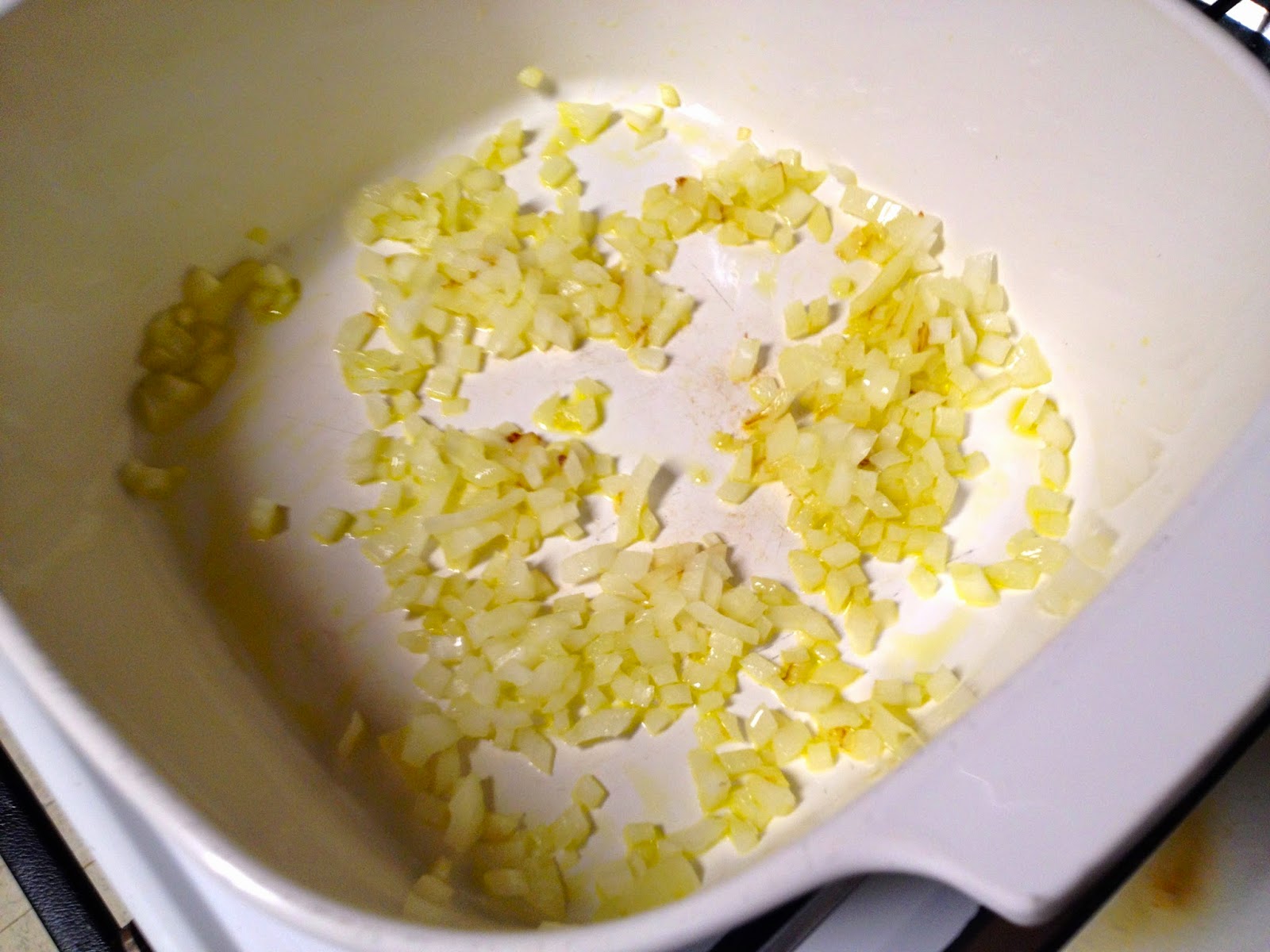 1. In a large Dutch oven, heat the olive oil over medium heat, add the diced onion and cook until onion is translucent, about 3 minutes. 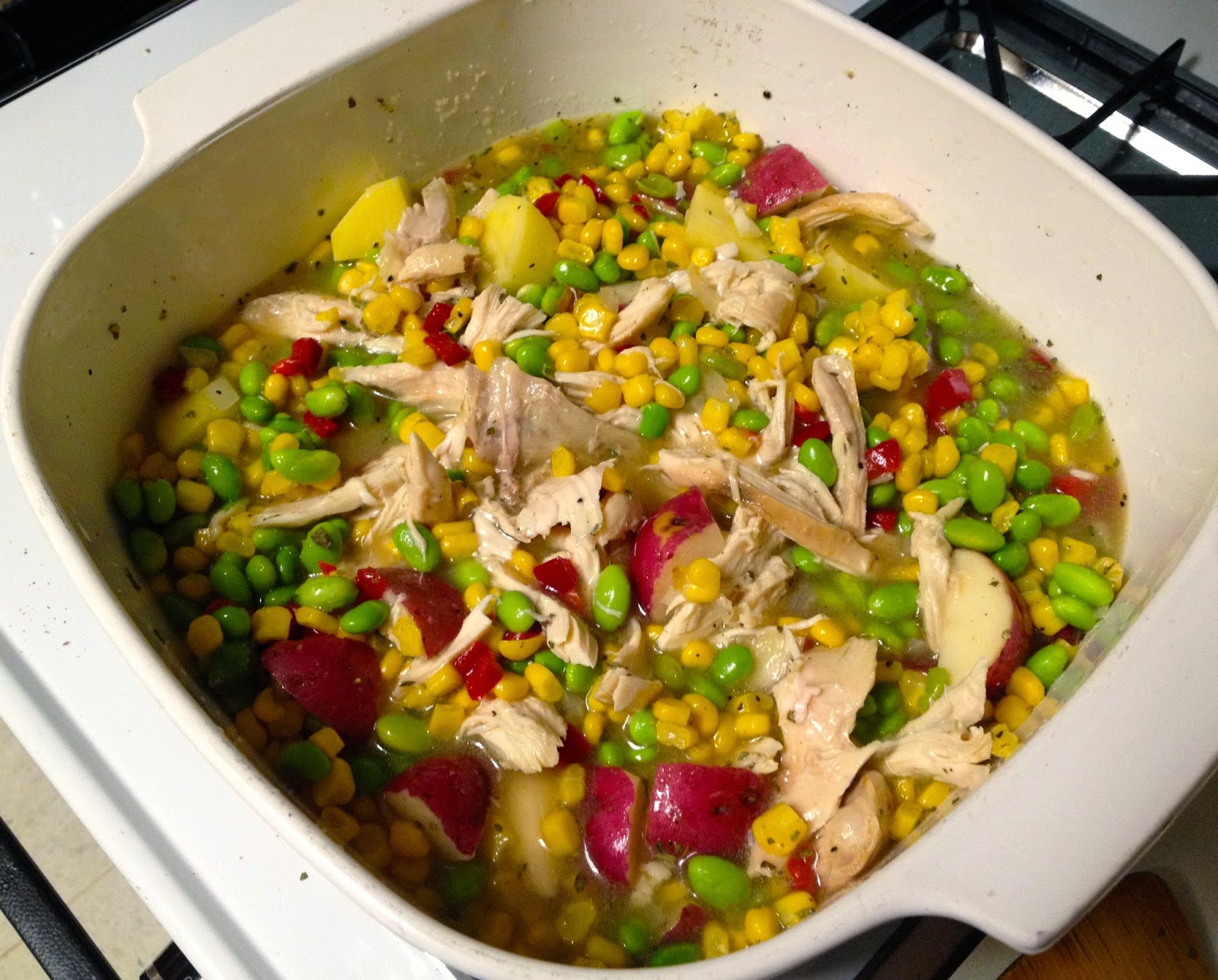 2. Add all the other ingredients and stir.  Bring the dish to a boil. Reduce the heat to simmer and cook for 45 minutes until all the vegetables are tender. 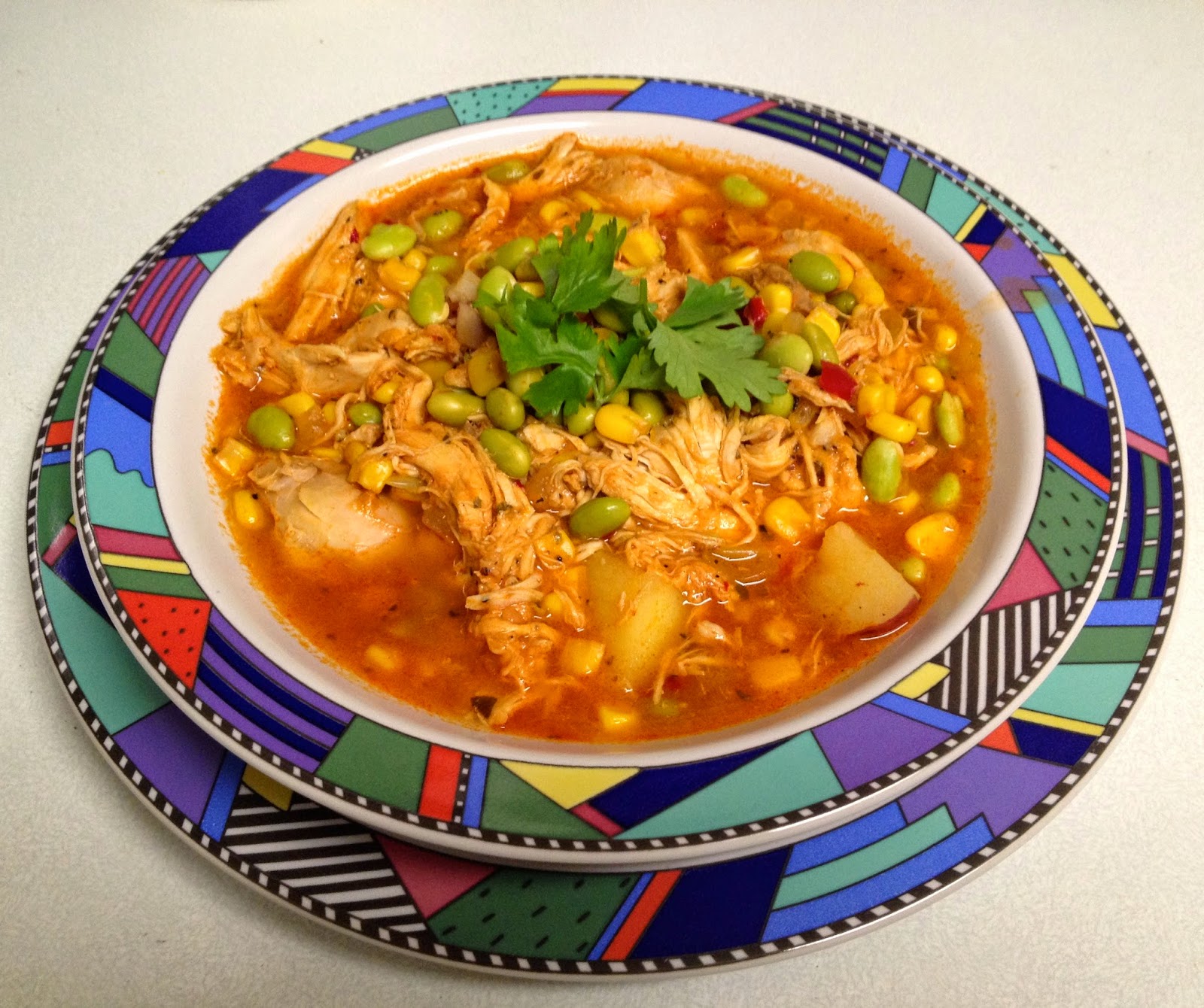