Yes, I really did cook this.  I know, I know, I know.  But there was something almost primal in its appeal.  Oddly, I didn’t grow up anywhere near a Tuna casserole.   It might have been grounds for divorce in our family. But what intrigued me about Bon Appetit’s return to this 50s classic was that they made no attempt to cover up its roots  The author of the piece, a man named Andy Baraghani, went full bore on how he had revisited the recipe and basically re-invented it.  What he came up with is a terrific dish: luscious and crispy, salty and full of flavor, creamy-rich in cheese, filled with mushrooms, leeks and onions and chunks of the best tuna, it is simply delicious. It will amaze you with its great taste.  But let’s face it: since your mother or grandmother made it, we’ve all become foodies. 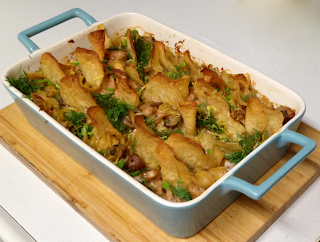 Well, the clamor in the comments from this generation of American foodies was intense.  But I will limit it to one Twitter post: “Wow. You guys have hit the skids.”  Au contraire, Andy Baraghani hit upon an absolutely impeccable take on the dish. It is simultaneously packed with flavor, creaminess and the tuna, mushroom, onion and leek combination could not work better together.  The potato chips provide crunch in every bite. The dish even looks beautiful with its shower of lemon zest, fresh dill and chives.  And to Ms. You-Guys-Have-Hit-the-Skids, the dish has a solid four star rating among those who have made it.  And the fifth is likely missing only because of the obscene amounts of butter and cream and cheddar cheese in the recipe.  If you must, I am sure you can adjust the fat content by using low fat versions cream and cutting back on the butter. But I wouldn’t. 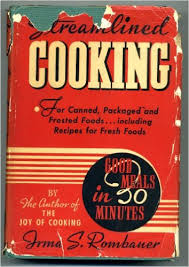 The original Tuna Noodle Casserole arrived on the scene in 1939 in a book written by “Joy of Cooking” author Irma Rombauer called “Streamlined Cooking”.  Its popularity rode the wave of Casserole cooking that took hold in the 1950s.  And why not?  Its ingredients were cheap and easy to find: A can of tuna, a can of vegetables (usually peas), a can of soup and a package of egg noodles. In 35 minutes, dinner was on the table.  It could be eaten then and there, frozen or refrigerated to be reheated whenever necessary.  It also became very popular to take one to potlucks. There’s even mention of its being a preferred dish to take to the home of someone sick.

Bon Appetit did stick to several of the basics.  Egg noodles and potato chips.  But they also went off the rails to create their 4 star version.  There’s no can of mushroom soup here: You make your own with mushrooms, leeks and onion, heavy cream and chicken stock. There’s the tartness of White Cheddar cheese and plenty of herbs and spices that lift the flavor of the dish beyond 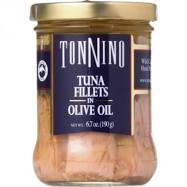 any old Tuna Casserole in memory.  And then there’s the Tuna itself. For this dish you should spring for the Italian tuna packed in oil which locally runs at 6.99 for 6 oz.  But there is no comparison between it and anything domestic in a can. Remember to cook the egg noodles very briefly; you want them to absorb the flavors of the ingredients. Follow this recipe exactly and if you can keep your recipe under wraps, serve it without saying what it is.  I am sure your diners will be just as amazed as Andrew and I were.  It is that good. Here is the recipe:
Recipe for Tuna Casserole with Dill and Potato Chips from Bon Appetit  Serves 8. (I halved the recipe to serve 4.)  Takes 30 minutes active and 60 minutes total. 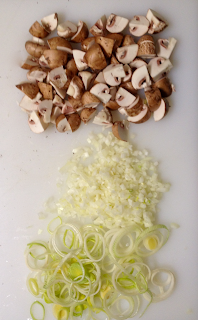 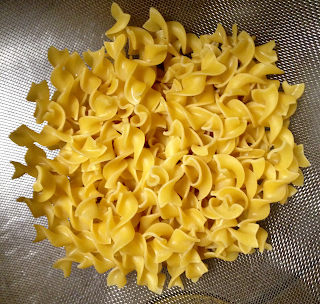 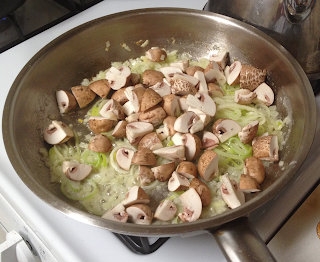 3. Melt 4 Tbsp. butter in a large skillet over medium heat. Add onion and leek; cook, stirring, until soft but not brown, 8–10 minutes. Increase heat to medium-high and add mushrooms. Cook, tossing occasionally, until most of the mushroom liquid has evaporated, 4–6 minutes. 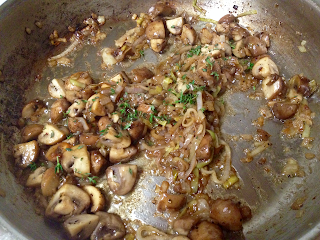 4. Add wine and reduce until skillet is almost dry, about 2 minutes, season with salt and pepper. Stir in Worcestershire and thyme. 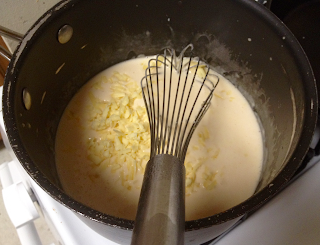 5. Melt remaining 4 Tbsp. butter in a medium pot over medium-low heat. Whisk in flour and cook until roux is golden and looks shiny and smooth, about 2 minutes. Whisking constantly, add chicken stock and bring to a boil. Reduce heat to medium and add cream, cheddar, and hot sauce; cook, stirring, until cheese is melted, about 1 minute. Season with salt and pepper. 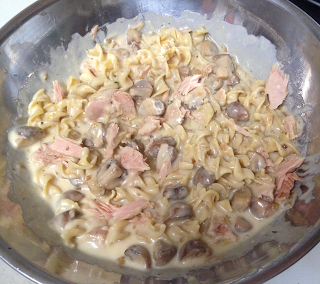 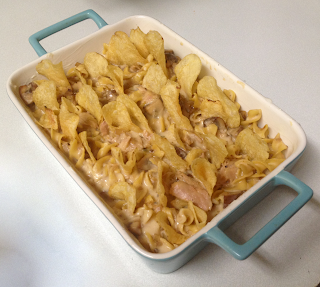 7. Transfer tuna mixture to prepared baking dish. Press chips into casserole so they stand upright. Bake casserole until bubbly around the edges and chips begin to brown, 15–20 minutes.