My Latest Article in The Daily Meal: Exploring Bordeaux: An Itinerary for Wine Lovers

Exploring Bordeaux: An Itinerary for Wine Lovers
Every oenophile should visit Bordeaux at least once.
By
Monte Mathews
Staff Writer

Where to go when you’re in Bordeaux

Of all the world’s great winemaking regions, none surpasses Bordeaux in reputation or in history.  Bordeaux, along with the surrounding prefecture of Gironde, is one of the largest wine growing regions of France.  It’s 112,600 hectares of land (over 275,000 acres) produce an average of 700,00 bottles of Bordeaux wine annually.  There are more than 8,500 chateaux producing no less than 54 appellations of Bordeaux wine every year.These wines range from sizeable quantities of everyday table wines to some of the most prestigious and most expensive vintages in the world.While most Bordeaux wines are red, the region is home to some rosé wines, dry whites, the sparkling Crémant de Bordeaux and sweet white wines like the noble Sauternes.

It stands to reason that Bordeaux would hold the world’s main Wine Fair, VinExpo.This year, from June 18th to 21st, a staggering 2,350 exhibitors from 42 countries will host 48,500 wine buyers from around the world.  A visit to Bordeaux should be on every oenophile’s list.  And not just for  VinExpo.  Just a year ago, La Cité de Vin opened in an immense 10-story building.  The museum is dedicated to the wines of the world. Built at a cost of $91,000,000, La Cité is a Disneyland for wine lovers.  In its first seven months of operation, it welcomed 270,000 visitors. But even those without a passion for the grape will find much to love about Bordeaux.  The city itself is the fifth largest in France and its historic heart has been added to the UNESCO World Heritage List as “an outstanding urban and architectural ensemble of the Eighteenth Century. 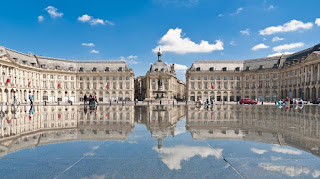 After Paris, Bordeaux has the highest number of historical buildings of an city in France. But to really get a sense of place, one must delve into the countryside and visit wines at their source. There, within easy driving distance of the city center, youwill ot only learn about wine-making and participate in tastings, you’ll also be welcomed into Chateaux that are significant both architecturally and historically. And if you are hesitant to drive, Uber operates in Bordeaux.  A trip to our first destination vineyard was 50 Euros, round-trip.  We’ve singled out three Chateaux which welcome guests with great style, some of which offer great food to accompany their wines as well.

Château Olivier is a 30-minute drive from town and the closest of the three. The vineyard has been in operation since 1846, relatively young by Bordeaux standards: Wine was introduced here by the Romans in the first century A.D. The château itself is much older, dating from 1350 and labelled a “monument historique.” This vineyard is in the midst of a splendid new era under the direction of Alexandre de Bethmann. He took over in 2012 from his father, Jean-Jacques, who in turn had taken over from his father, Jacques. Château Olivier has the distinction of producing two “grand cru classé de Graves” wines, both a red and a white. Bethmann has expanded into an entirely new growing area on the property. Just this year, he introduced the “new grapes” into his classic grand crus. He previewed these new wines in March in New York City to an audience of wine experts. The results were greeted with universal praise for their robust character, which only improved his already award-winning wines.
Château Olivier is well worth a visit. The 540-acre estate is beautiful to drive through, owing 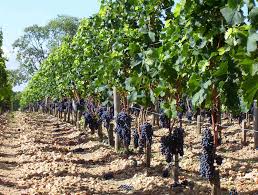 to the virgin pine forest that leads to the château. Once you arrive there, there are several options for visitors. The château is open from 10 a.m. to 6 p.m. Monday to Friday, and guests pay a 10 euro admission fee per person. Tastings are provided for a fee of 8 euros. True connoisseurs can sign up for tastings of the 2016 vintage direct from the barrel at a cost of 38 euros a person. Finally, and only on Thursdays, a “Cheesemaker’s Workshop” features four cheeses from the same terroir along with two Château Olivier white wines for 20 euros a person. French, English, and Russian are spoken here. Advance arrangements should be made via email at mail@chateauolivier.comor by phone at +33 (0) 5 56 64 73 31.

Further south, about 40 minutes from Bordeaux, lies Château Climens, known as “Lord of Barsac.” The château is one of the world’s premier sources of Sauternes. In fact, it is the only Sauternes that genuinely gives the most expensive wine in the world, Château d’Yquem, a run for its money. The estate has a long history dating back to 1547. Astonishingly, the property has only been owned by five families in all that time. In the 1970s, it became the property of Lucien Lurton, a member of a passionate winemaking family. Lucien himself owned several famous vineyards in the Medoc region. He modernized the domain while maintaining both tradition and age-old wine wisdom. In 1992, his then-22-

year-old daughter, Bérénice Lurton, took over, extraordinary for anyone that young. The youngest of Lucien’s ten children, Ms. Lurton began to use biodynamic farming techniques in 2010. These techniques are meant to create a diversified, balanced farm ecosystem that generates health and fertility from within the farm itself. Fermented manure, minerals, and herbs are used to enhance the quality of what is raised. One of the most interesting of Lurton’s biodynamic practices is the use of organic herbal teas in the vineyards. In 2014, Château Climens was officially certified as biodynamic.

Château Climensalso has the distinction of having among the lowest yields of any vineyard in the Sauternes region. This is due to their incredibly high standards, which limit production to 3000 cases of wine a year. There is also a second wine, called Cypres de Climens, which is only produced sporadically. Château Climens has declassified entire harvests that failed to meet their standards — no wine was made in 1984, 1987,1992, or 1993. Fortunately for visitors to the Château, 2016 was an excellent year.  Château Climens has a complete visitors program, including several opportunities to dine, so it might be a good idea to time your visit to have lunch. Visits are restricted to Monday, Tuesday, Thursday, and Friday, all by appointment only. For reservations, email visite@chateau-climens.fr or contact@chateau-climens.fr or telephone +33 (0) 5 56 27 15 33. 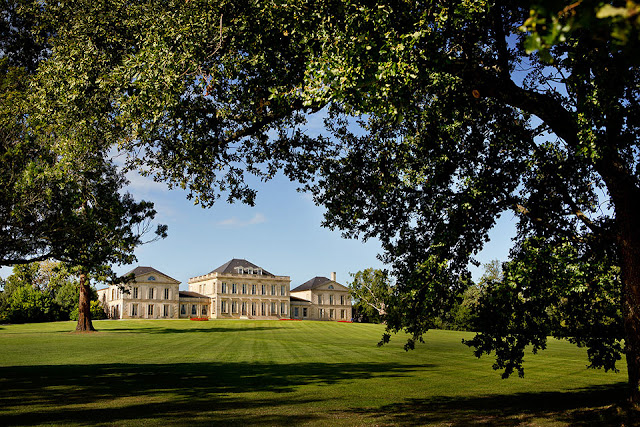 Courtesy of Le Chateau Phelan Segur
Finally, there’s Château Phélan Ségur. While a visit to both Château Olivier and Château Climens can be made in one day, this extraordinary château is northwest of the city and takes about an hour and a quarter to reach by car. Once there, however, the visitor can expect one of the most elaborate and complete programs in all of Bordeaux. Everything from lunch in the château’s private dining room to a “Grand Dinner” is on offer here. And since its current owners, the Gardinier family, are also the proprietors of two of the most storied restaurants in all of France — Le Taillevent in Paris and Domaine les Crayères in Champagne — you are guaranteed a standard of culinary excellence second to none. But then there’s nothing ordinary about Château Phélan Ségur. It starts with the distinction of being one of the few Bordeaux vineyards created by an Irishman.
Bernard O’Phelan was a young Irish wine merchant who left Tipperary for Bordeaux at the end of the eighteenth century. He not only dropped the “O” from his name and frenchified it to Phélan, he also married into the family of Daniel Guestier, one of Bordeaux’s best known wine merchants. He and his father-in-law bought one property, Clos de Garramey, in 1805 and later a second, Ségur de Cabanac in St. Estèphe, right on the banks of the Garonne River. In 1810, the two estates were combined and renamed Château Phélan Ségur. This stunning piece of property became the site of the Palladian-style château. Instead of adopting the common practice of separating wine production from the mansion, the Phélans made it the center of their home. They incorporated the vat room and the cellar into the heart of the château.
In 1985, Xavier Gardinier purchased the property. He had a long experience in the Champagne region where he’d steered both Lanson and Pommery. He revived the property by completely renovating the château and added modern technical innovations, all intended to reinvigorate the vineyard. He invested in restructuring and replanting and a return to working the soil. Since the early 1990s, Xavier’s son, Thierry, the eldest of three, took over the reins of the vineyard with assistance from his brothers Laurent and Stephane.
The beauty of the architecture, the view over the Garonne, and the noble history of its vines make Château Phélan Ségur an ideal place to visit. From the vineyard to the cellar, you will be immersed in family history, the land of St. Estèphe and the vintner’s secrets for creating great wine. The château welcomes visitors year round, but only by appointment and only from Monday to Friday except for public holidays. Visits are scheduled at 10 a.m. and 3 p.m. For a complete list of all the activities available at the château, click here. For reservations and further information, click here or telephone +33 (0) 5 56 59 74 00.
Author: Monte Mathews
Filed Under: Chateau Climens Bordeaux, Chateau Olivier Bordeaux, Chateau Phelan Segur Bordeaux, Exploring Bordeaux: Itinerary for Wine Lovers, French Wine Tours, La Cite de Vin Bordeaux, Wine Tours
What to pair with one of the World’s greatest Wines…its Proprietere tells all in my latest Daily Meal article…