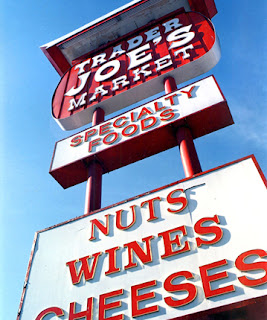 I have to admit, I am enamored with Trader Joe’s even if it has its drawbacks.  Among them, those incredible lines out the door on weekends. And their cash register lines are epic.  The store also doesn’t carry everything so it inevitably means shopping two stores to complete a grocery list.  Nevertheless, my affection for the place is intact.  Where else can you find prices so consistently low?  Where do organic vegetables come close to TJ’s prices?  And though I buy as little processed food as possible, there’s a certain comfort in knowing Trader Joe’s goes out of its way to make sure those items are minimally processed. The store never fails to surprise.  Here’s a list of my 10 Best at Trader Joe’s right now.  In no particular order… 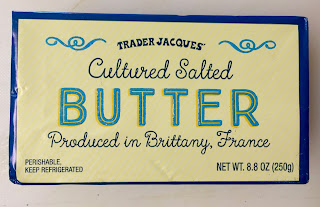 1. Brittany Butter….lightly salted the way butter really should be.  This is like taking a trip to France every time you spread it on a roll or a baguette.  And it’s absolutely flawlessly French when you serve it with fresh radishes. 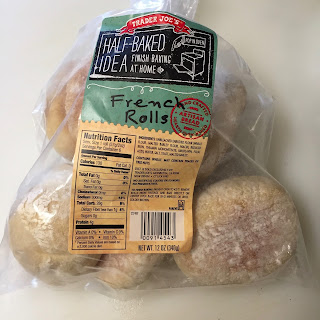 2. Speaking of Rolls, we simply couldn’t believe how addictive Trader Joe’s French Rolls are even if they’re a “Half Baked Idea  Finish Baking at Home”.  Just 10 to 12 minutes in our toaster oven and you have something you’d swear you’d just brought home warm from a French bakery. 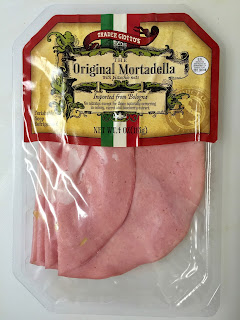 3. Mortadella is a guilty pleasure for grown-ups who wouldn’t be caught dead eating a baloney sandwich.  TJ’s version is the real thing: ground pork with lovely bits of pork fat surrounded by meat and slivers of pistachio nuts. Imported from Bologna, it’s reassuring to read that TJ’s contains ‘no nitrates except those naturally occurring in celery, carrot and blue berry extract.’ 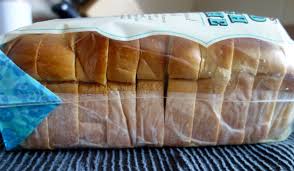 4. Also in the Bread Box, is TJ’s Brioche Bread Loaf.  Shaped like a regular Pullman loaf and sliced about a half inch thick, we can scarcely wait to make French Toast with this offering.  Or maybe just a thick chicken salad sandwich. 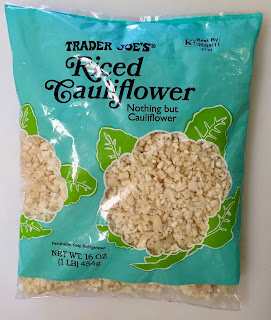 5. It took us a while, but we’ve finally been introduced to the joy of Cauliflower Rice.  Don’t get me started on how good Cauliflower is for you, but it is. Used in place of pasta or rice, it’s so easy to cook and takes on the flavor of whatever sauce you top it with. 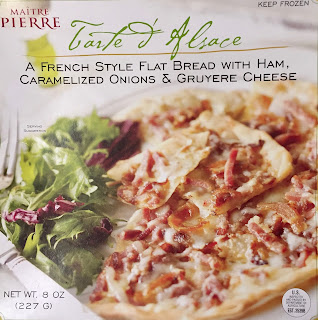 6. I’ve mentioned TJ’s, or should I said Maitre Pierre’s Tarte d’Alsace in its own post.  But just back from France, where I actually took a cooking class and made several of these “Tarte Flambées”, I have a new appreciation for just how good these are.  They could practically replace pizza in our house. 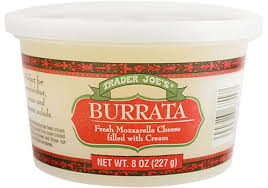 7. If you’re buying Burrata, that creamiest of Mozzarellas, you’re used to paying a premium.  TJ’s version gives you two boules, each one serving two people and it’s quite the bargain at 3.99.  Just cut some grape or cherry tomatoes in half, douse them with olive oil, salt and pepper and top them with half a boule.  Crazy good. 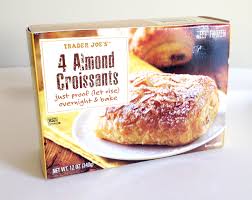 8. I’m not quite sure mornings will ever be the same since we discovered TJ’s Almond Croissants. This version is so good, I’ve been tempted to take them along to St. Barth’s.  You just have to remember to take them out of the package overnight.  And oh what an aroma to wake up to! 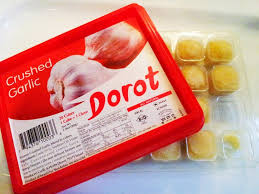 9. Dorot Crushed Garlic is God’s gift from TJ’s from a Kibbutz in Israel.  All those recipes that call for a minced clove of garlic have met their match. I probably use one of the 20 servings every time I cook. It’s frozen so it’s at the ready at all times. 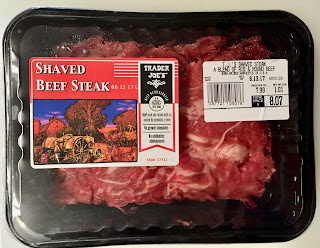 10. Finally, there’s TJ’s Shaved Beef.   This may have been sliced thin with cheese steaks in mind, and believe me, it works brilliantly there, but I’ve discovered that just about any stir fry that calls for beef can benefit from using this phenomenally luscious version of it.
So that’s it.  And if you’d like, please feel free to add your own TJ’s product to the mix in the comment section.
Author: Monte Mathews
Filed Under: Attention Trader Joe's Shoppers, Brioche Bread, Brittany Butter, Burrata, Cauliflower Rice, Dorot Garlic Cubes, Shaved Beef, Tarte d'Alsace, Top Ten at Trader Joe's, Trader Joe's
Attention Trader Joe’s Shoppers: This TJ discovery comes direct from France and it’s worth every sou.
Attention Trader Joe’s Shoppers: Our top 6 favorite discoveries and one we thought was a dud.