Attention Trader Joe’s Shoppers: This TJ discovery comes direct from France and it’s worth every sou. 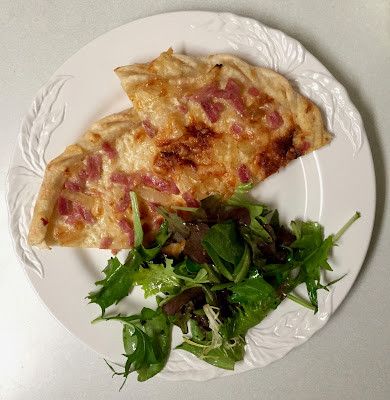 Just a quick bonus post to tell you about a great find at TJs.  Yesterday at a lunch celebrating Cheese Week which is coming to New York later this month, I was seated next to Serge Bruno.  Serge is the Director of International Sales and Foodservice Marketing for the cheesemaker, Alouette.  In the early 1970’s French cheese whiz, Jean-Noel Bongrain decided to bring his skills in making French specialty cheeses to the US.  The company says ‘there’s French in their DNA’.  They’ve put their love for

cheese to work creating 6 French style cheeses using fresh milk from the Amish country in Pennsylvania and from dairy farms in Lena, Illinois. I was surprised to find that Alouette is responsible for Trader’s Joe’s private label Cream cheese and its Crème Fraiche.  Serge and I swapped recommendations for Trader Joe items.  Since yesterday was Croissant Day, I told Serge about my fondness for Trader Joe’s Almond Croissants and

Serge turned me on to two Made-In-France items I’d never tried before.
I don’t know about you, but after a couple of less-than-stellar experiences with Trader Joes’ frozen pizzas, I’d pretty well given up on them.  Serge suggested I take a taste of two French style savory frozen Tartes.  And I am so glad he did.  I cooked both of them last night, served them with a salad and voilà, a delightful light dinner for two! 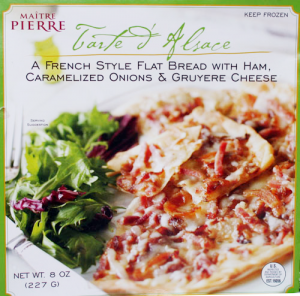 Maître Pierre’s Tarte d’Alsace is a complete winner.  Ham, caramelized onions and gruyere cheese top a crust that’s not pizza, not flatbread, but a thin, crisp tart with a flaky texture.  A layer of Crème Fraiche is hidden under the onions, ham and gruyere.  The directions called for cooking the tart in a 450 degree oven for just 10 minutes.  I found that in my oven it needed 15 minutes to achieve a golden brown sizzling goodness. I’m not sure what happened to Maitre Pierre but Trader Joe replaced him on the Tarte au Brie et aux Tomates.  Made in France, where it is called a 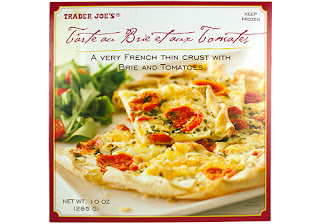 Tarte Flambé, its origins are also in Alsace.  Again, this tart starts with a layer of Crème Frâiche, topped with French Brie and perfect cherry tomato halves.  This tart is also described as needing 10 minutes in a 450 degree oven. This one actually needed a little long than the Tarte d’Alsace but that may also reflect our love for really crispy pizza.  While the package says one will serve two with a salad, I really think cooking both and sharing them amongst two people is a better idea. I highly recommend them.
Author: Monte Mathews
Filed Under: Alouette Cheese, Attention Trader Joe's Shoppers, Serge Bruno, Trader Joe 's Best and Worst, Trader Joe's French Tartes, Trader Joe's Tarte d'Alsace
Review of Trader Joe’s Fearless Flyer #7: The Good. The Bad. The Meh. In the Flyer and On the Shelves
An Invitation to CheeseWeek New York

6 thoughts on “Attention Trader Joe’s Shoppers: This TJ discovery comes direct from France and it’s worth every sou.”