All Fall, New York City blocks are turned into bazaars selling everything from handicrafts to hot dogs. The most famous of these is in celebration of the Feast of San Gennaro, the Patron Saint of Naples. It virtually shuts down a sizeable chunk of Little Italy for 10 days in September. Its most ubiquitous of food sold is undoubtedly Sausage and Peppers stuffed into a submarine roll. The dish was actually introduced there in 1927.  And it never looks nearly as good as Food 52’s version pictured here. Once San Gennaro has been celebrated, the Street Fairs move uptown.  Not, of course, this year. But this recipe more than makes up for their absence.  It’s a skillet dinner that comes together in 30 minutes flat.  And instead of the roll, it’s topped with store-bought ravioli and melted Provolone cheese.

Worth finding: Calabrian Chili Peppers bring their unique flavor and heat to the recipe.

Chefs like Bobby Flay have “discovered” this variety of peppers. I had to order mine on Amazon but if you have a good Italian deli near you, they’ve likely latched on to this “flavor of the month”. Calabria, the ‘toe’ on the boot that is Italy, is ideal for growing these chilis.  With over 300 sunny days a year, its climate in perfect for chilis to flourish.  Calabrians are so proud of their chilis, they are celebrated with their own Festival. Diamante, Calabria holds the event for a week every September.  The chili itself is small with an outsized flavor. It is spicy but there’s also a salty, smoky—even fruity taste. If you cannot find the actual Calabrian Chilis, Pepperoncini can be pressed into use.  And if those cherry red chilis are nowhere to be found, Sriracha, while hardly Italian, will do in a pinch for flavor. Store-bought Ravioli rounds out the dish topping it with a creamy richness.

In a nod to this being National Pasta Month,( yes, really) I topped the spicy sausage and peppers in the skillet with Trader Joe’s Ricotta and Lemon Zest Ravioli.  It was a match made in culinary heaven.  This tender, eggy pasta is stuffed with fresh ricotta cheese, lemon zest, salt, butter, and breadcrumbs. It’s the genuine article too, made in Italy. It’s also beautiful to look at shaped like a sunflower.  It almost seemed a shame to cover them with Provolone. But knowing how much more the melted cheese would bring to the dish, I went ahead with it. The results: a wonderful dinner dish in under 30 minutes.  Here is the recipe, followed by some other skillet dinner favorites.

A Classic New York City Street food is paired with Creamy Rich Ravioli for a one-skillet meal filled with flavor. Ina Garten’s Roasted Salmon Tacos and How to find the perfect Avocado to make them.

You’ve got to hand it to Ina Garten.  You might have thought that Tacos were out of her wheelhouse. But no. This recipe, from her  TV series “Cook Like a Pro”, was served up on a recent program and labelled “Weeknight Dinners”.  It’s that alright: […] 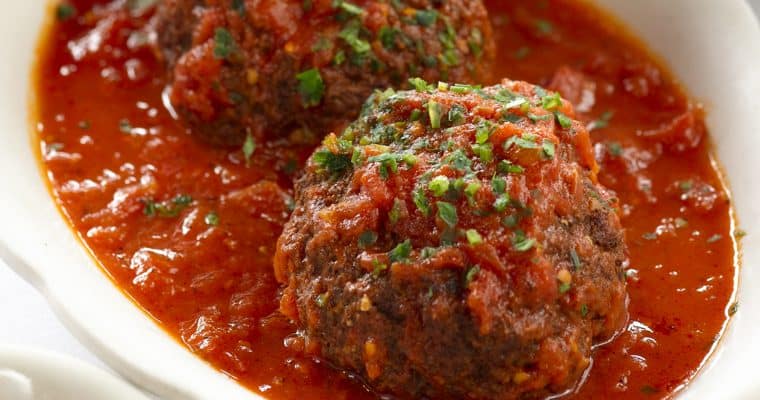